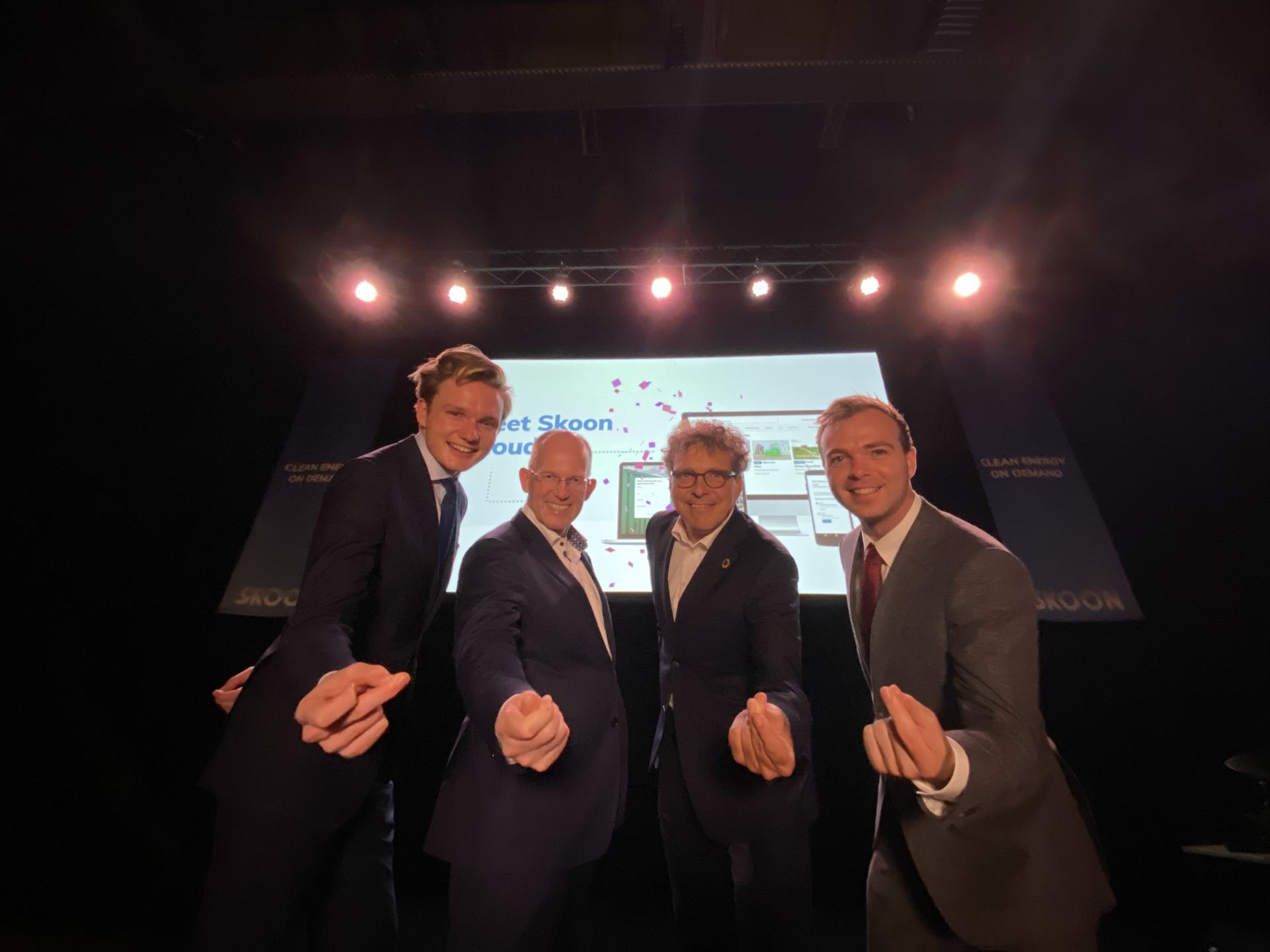 Over 200 guests were welcomed by the Skoon team in the Schiecentrale (a former coal driven powerplant) in the port of Rotterdam. Daan Geldermans provided the audience with an update on the Skoonbox. The development of this 20 foot mobile battery container with a capacity of almost 600 kWh is in its final stages. The first trials proof to be promising. The Skoonbox will soon be available for bookings via Skoon Cloud. Despite the realisation of its own battery container, Geldermans emphasised that the main focus of Skoon lies on the software platform. First hand experience of developing and operating a battery container provides Skoon with valuable information for optimising the platform.

Highlight of the evening was the launch of Skoon Cloud, presented by van Voorst. Through this unique battery sharing platform, Skoon connects supply and demand for mobile batteries. In addition the platform connects various markets and applications. Batteries from Greener and Wattsun, two established companies in the battery industry, will be available through the Skoon Cloud as well. Various battery owners will start using the platform soon to realise higher uptime for their batteries as well.

By automation of the transport from A to B, and making sure the battery complies with specifications for the intended use, Skoon helps to simplify battery sharing for both suppliers and end users. This adds to the ease of use, availability and profitable business case of mobile energy. By doing so, the online marketplace delivers a tangible and measurable contribution to the acceleration of the energy transition.

Following the launch of Skoon Cloud, Kees Koolen (innovator, investor, and partner of Skoon), Barbara Kathmann (Alderman Economy, Districts and Small Localities of the municipality of Rotterdam), and Reinier van Herel (Head of Business Innovation and Corporate Venturing – Damen Shipyards) held brief elevator pitches on their views on the energy transition, how Skoon can contribute to this, and which economic opportunities arise from sustainability.

Skoon ended the program with a surprise. The team presented the first operational Skoontrailer to the audience. This smaller and more mobile version of the Skoonbox provides energy to smaller applications. The size and weight allow the trailer to be driven on a regular drivers license in the Netherlands The plug and play trailer simplifies clean energy to smaller events, filmsets, renovations and more. The Skoontrailer is of course available through the Skoon Cloud. 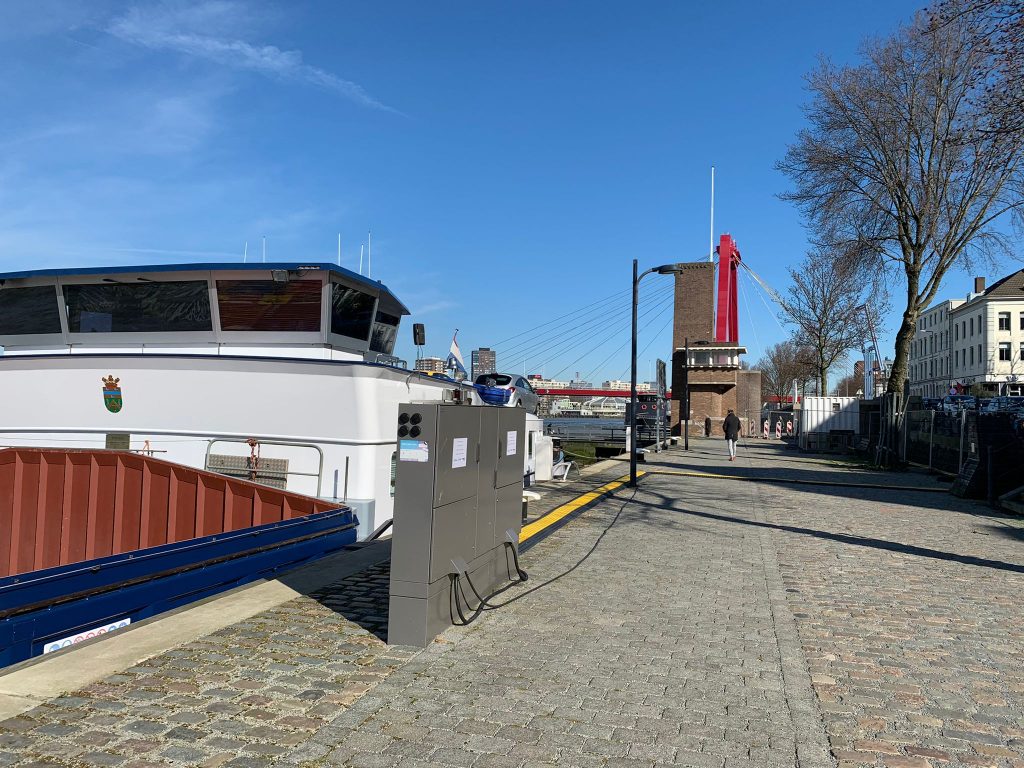 Battery installed to supply extra strong shore power for inland vessels
Rotterdam, 25 February 2022 - Free shore power is now available on the Maaskade in Rotterdam for inland vessels of CEMT Class V and higher that participate in a trial concerning shore power reinforcements...
Read more
© Skoon Energy B.V. All rights reserved.
We use cookies on our website to give you the most relevant experience by remembering your preferences and repeat visits. By clicking “Accept All”, you consent to the use of ALL the cookies. However, you may visit "Cookie Settings" to provide a controlled consent.
Cookie SettingsAccept All
Manage consent